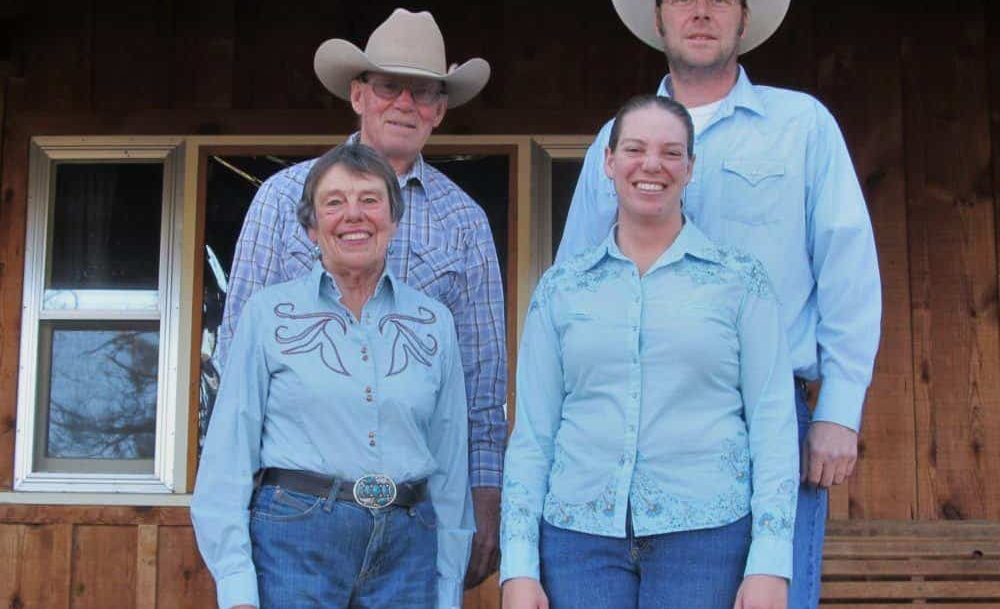 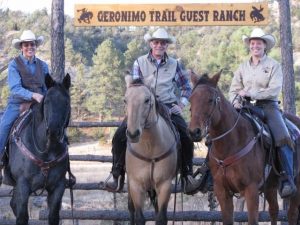 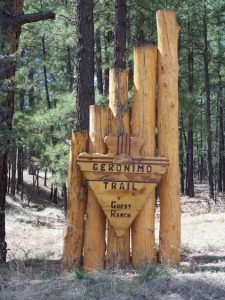 So how did a family who grew up on an island off the Maine coast come to own a guest ranch in the Gila National Forest of New Mexico? It all started when Meris was eight years old and started taking English riding lessons together with Diana. After a few years of riding lessons the whole family decided to vacation out West, taking advantage of the trail riding opportunities offered. When Meris was fourteen they went to a dude ranch in Colorado for a week. They loved it so much that they returned every summer for 5 years. By that time, Meris was old enough to work at a dude ranch. In the summer of 2005 she hired on as a wrangler at a dude ranch in Colorado where she worked for three summers. After the third summer, Meris had graduated from college while Harry and Diana had retired and they all were looking for a new adventure. The Esterlys love of dude ranching led them to seek out a dude ranch to buy. A broker set up seven ranches for them to visit from New Mexico to Montana. Geronimo Trail was the very first one they visited. It was love at first sight and the rest is history! 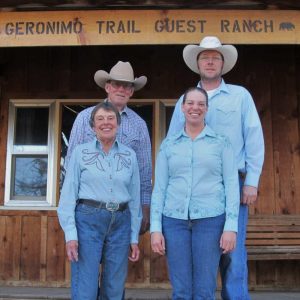 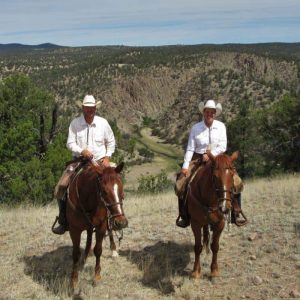 Today, Harry and Diana have retired (again) to Bayard, NM while Meris and her husband Seth Stout take care of the day to day operation of the ranch.

We would not have made it to our 10 year anniversary without the patronage of our guests. We have been fortunate to meet people from all over the United States and the world. It doesn’t matter where people come from or how old they are or how experienced they are with horses. It is their love of horses, history, and the great outdoors that bond us together. As a result, we have formed friendships that extend well beyond a stay at the ranch. A sincere thank you to all who have stayed with us these last ten years. We look forward to meeting many more of you over the next ten years! Contact us today to book your vacation!