Altogether, there are 453 species of vertebrates to be found in the Gila, including 35 sensitive, threatened, or endangered species. Game animals of the Gila are unsurpassed, with numerous trophy class animals being taken in recent years. The Gila’s wildlife includes the reclusive mountain lion, mule and whitetail deer, elk, black bear, Mexican grey wolf, porcupines, bobcats, ringtails, coatis, several species of bats and many small mammals.

It is not uncommon to see herds of over 200 elk grazing near Wall Lake. September brings the fall rut and sounds of bugling elk break the silence of the night. We also see tracks of many of the wildlife in the area, such as bear tracks during our trail rides. 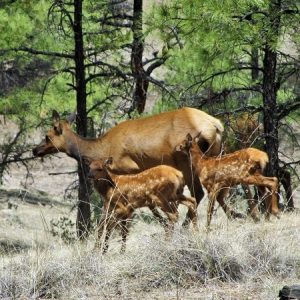 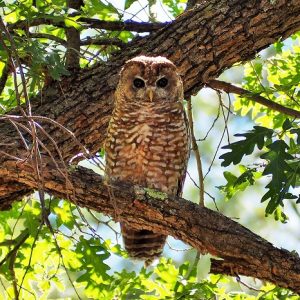 Birds
The Gila River and adjacent Gila National Forest and Wilderness are a crossroads for the largest diversity of bird species found anywhere in New Mexico. Approximately 337 bird species have been sighted. Of these, 166 species are known to breed on the forest, 114 are more-or-less regular non-breeders, and 57 are considered to be casual or accidental. The numerous species of birds found is largely related to the diverse ecological habitat found on the Gila and location on a migratory flight path.

This wilderness trip is especially designed for the butterfly enthusiast. You will find vast opportunities to identify and observe the many species of butterflies that live in the Gila Wilderness such as the Painted Lady, Mourning Cloak, and the Western Swallowtail. The Gila Wilderness is the perfect place for professional and amateur lepidopterists. 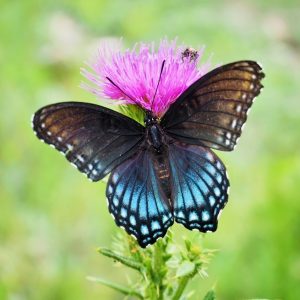 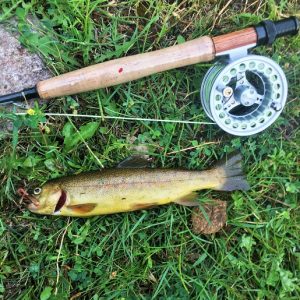 Fish
A pleasant surprise to many Gila visitors is the number and quality of fishing streams found here- almost 500 miles worth. Stream species range from lower-elevation flathead and channel catfish, to bass in the middle reaches, and wild brown and stocked rainbow trout above 6,000 feet. Hidden deep in Gila’s wildernesses are the southernmost native populations of Rio Grande cutthroat trout and, rarest of all, the unique Gila and Apache trout.

The finest stream fishing awaits those who are willing to “pack in”. Major streams at least partially accessible by road include all forks of the Gila River, upper San Francisco, Willow Creek, Negrito Creek, and Whitewater Creek. Trout can also be taken at such popular lakes as Quemado, Lake Roberts, Snow Lake, and Bear Canyon Reservoir.

The Gila’s river systems are also a refuge for such sensitive, threatened, and endangered species as the spikedance, loach minnow, and Chihuahua and roundtail chubs.

The streams right near the ranch are small and therefore most of the fish in them are small. However, we have had guests catch the rare Apache and Gila Trout! Bass are also commonly caught in the streams near the ranch. It is catch and release fishing. If you would like to fish during your stay, fishing is unguided and you should plan to bring your own equipment with you as we only have a small amount.

Fishing licenses are required in New Mexico. Anglers fishing on lakes and streams on National Forest lands are also required to purchase a Habitat Improvement Stamp. These are available from various vendors within and around the Gila National Forest and from the New Mexico Department of Game and Fish, 1 Wildlife Way, Santa Fe, NM 87507, Phone: (505) 476-8000 | Toll-free (888) 248-6866.

Discover all of the wildlife when you stay at Geronimo Trail Guest Ranch!